I'm so excited. Yesterday my game was shown live on Twitch by "Boundfox Games" - a German indie game developer team.

While he was streaming, I wrote in his chat that I finally released my game. He looked at my page directly on Itch.io and played "Albert - The Pirate". That was so exciting. Wow. 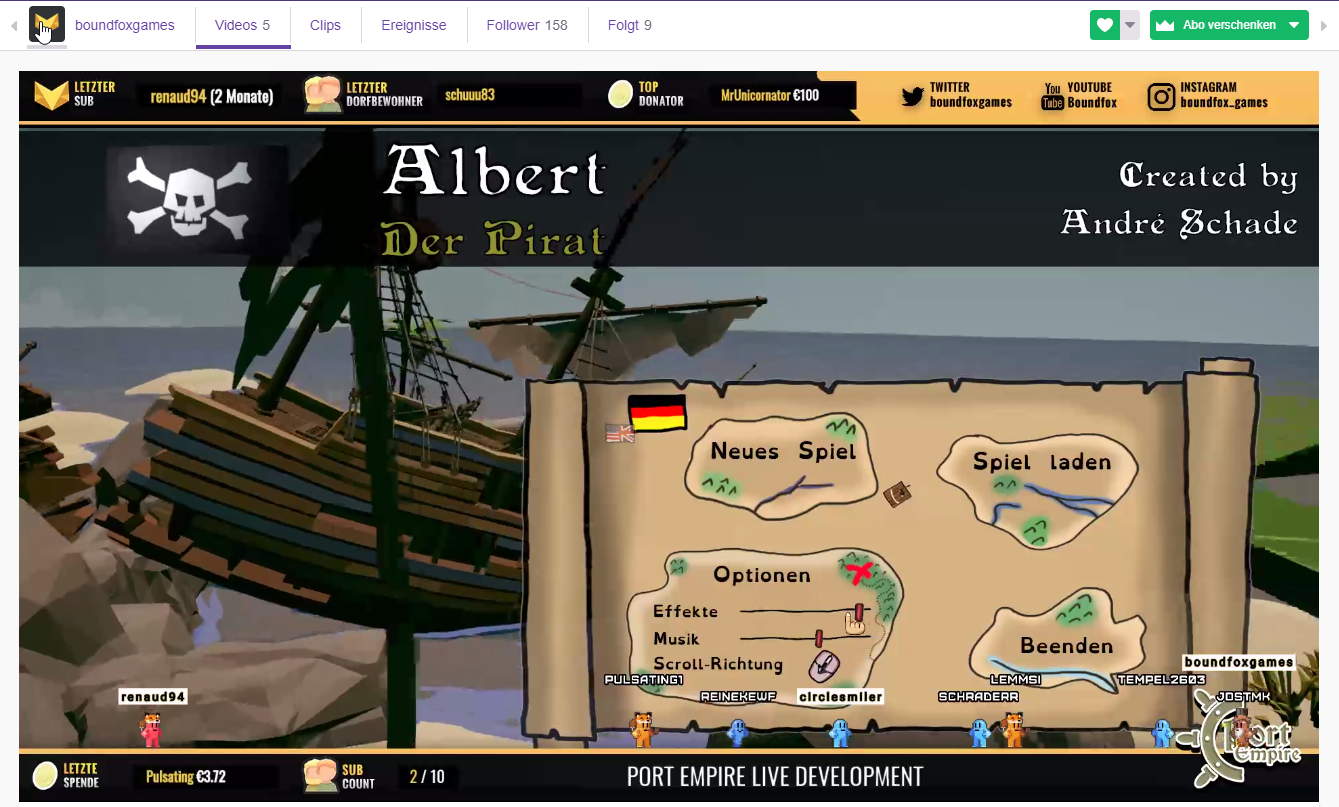 (Twitch Clip (if link above does not work anymore): https://clips.twitch.tv/GrotesqueDaintyDinosaurDuDudu)

"Boundfox Games" is currently developing a build-up simulation called "Port of Empire". In his DevLog you can follow the progress very well. The Vlog is in German. but as there are very few German DevLogs, I think that's very good.

So please have a look on his site:

A great thank you to Boundfox.

By the way: Everytime I see people playing my game, I see some bugs and get some new ideas how I can improve the story of the game. So, please try the game and tell me, what you think.

Get Albert - The Pirate